Chat with us,powered by LiveChat Always Start Your Idea With MVP Before Starting Custom Software Development - Golpik
Skip to content

While starting up a new business, most entrepreneurs think that they are creating the next big thing. But little do they know their new startup can easily run out of business if they don’t plan out their business execution smartly. The risk factor is even higher in the Technological industry. In fact, according to Shikhar Ghosh, an Entrepreneurial professor at Harvard, almost 3 out of 4 startups fail every year. Bad ideas, incompetent team, poor marketing, lack of market interest, and poor management are few of the many reasons for these failures. But 74% of high-growth online startup flop because of premature or early scaling. Companies without testing their hypothesis roll out their final product into the market to gain instant popularity, resulting in extreme disaster.

People often forget the success stories of today’s multi-billion dollar companies Uber, Airbnb, FourSquare, and Twitter. Only a few people remember what these applications look like in their initial stage. But the common thing among these companies is that they all built their brands through MVP. These brands launched their products with only a few basic features to see how the market will perceive it. Later all of them enhanced their apps according to the needs of their target audience.

With that being said, in this article, we will discuss why it is better to always invest in MVP first before starting the custom software development and how MVP can benefit the companies in succeeding in this cut-throat industry.

What is MVP
MVP, the most successful methodology used by many entrepreneurs stands for Minimum Viable Product. As the term suggests, it a product with minimum features that is viable enough to fulfill the needs of early customers. The MVP shouldn’t be perfect, however, it must give the essence of the product or service you’re going to offer which, if not all, some of the early adopters resonate with, pay for, and give you valuable feedback.

The concept of MVP is originally derived from the Lean Startup methodology, proposed by Eric Ries. According to this concept, MVP is all about working smartly, discovering more, and spending less. Eric Ries defines MVP as
“the unfinished version of the product which allows the team to gather the maximum amount of customer insights with the least amount of resources.”

The key premise of MVP is based on a simple pattern: build-measure-learn. With the help of an MVP, you can easily evaluate your vision without having to spend tons of money. Besides financial benefits, the results collected from MVP will highlight your audience’s expectations and will enable you to build the app that fits with their demand.

However, it’s important to understand that MVP doesn’t mean a bad product, instead it’s a simplified version of a complex idea. The main point of building an MVP is to launch early but launch simple. Some early release of the feature will allow you to set foot into the market first. Once the idea is validated you can now invest in the upcoming releases and jump right into the Custom Software Development.

Now, let’s explore all the key reasons for using the MVP approach first before starting the Custom Software Development to understand the feasibility of the application and how it can be beneficial for the new startup.

After looking at all these benefits, it’s easier to understand why the top technological companies opted for the MVP approach and slowly built up their businesses. Today, these tech enterprises are ruling the market and have an immensely powerful application. Let’s take a look at a few tech firms and see how they embarked on the MVP stage and became extremely popular among the users.

● Uber
Back in 2010, the company was started as a simple mobile interface with the name of UberCab. It was only used by the founder and his friends, and to gain access people had to message one of the founders. Later, with a simple design and one function the company started targeting a small group of users residing in San Fransisco, but you could only book the ride through an SMS. Here’s what the beta version of Uber looked like then.

Today Uber is one the top ride-sharing app with more than 75 million active uber riders and is available in almost 80 countries worldwide. In fact, Uber is now valued at around $68 billion.

● Dropbox
Would you believe that the famous cloud storage manager didn’t even release the demo app as their MVP? Before going into the Custom Software Development, the Dropbox engineers have a couple of questions:
– Do people face the problem of file synchronization?
– And if they provide a superior platform will people give Dropbox a try?
Hence, the company in 2007 launched a 3-minute video on Digg, a platform that was back then known for its tech content.

As soon as Drew, the founder of Dropbox, published the video the beta sign-up list blew up overnight from 500 to 75000. The overwhelming response validated the idea and eventually the company moved forward with the full release.

Within the span of 7 months, Dropbox acquired around 1 million users. The popularity among users triggered the constant improvements in the app. Today, Dropbox is valued at $10 billion and has more than 500 million active users.

● Airbnb
Travellers most beloved website to seek cheap accommodation was started by its co-founder in 2007 with the name of AirBed&Breakfast. It all started during the IDSA conference when all the hotel rooms were fully booked. To help out people, the founder set up mattresses in their own apartment, created a simple website, and upload few pictures of the room. Soon after 3 paying guests were living in that room. The AirBnb’s first website looked like this

Their idea was validated through the most meaningful metrics, paying customers. The quickly moved to custom software development and provided ease and convenience to the travellers. The app now has a sophisticated design and gives a more personalised experience.

The worth of Airbnb today is almost $68 billion and is successfully and is used in 191 counters across the world.

● Instagram
Instagram is another application with a impressive story. Did you know that this extremely popular photos and video sharing social media network was launched as a GPS based application with a name of Burbn? Most likely not. Initially the developers of instagram wanted to creat the application with multiple features like, photo sharing, location check-ins, plan makings, etc. Gladly, the team realised that it would be too difficult for the users to navigate through the app. Thus, the app was launched with a single feature.

The growing users proved that the increased demand of the product does not depend on feature quantity, rather it depends on quality. Other features like stories and direct messages were later added by the developers.

Today Instagram has 1 billion active users and these users are growing at a rapidly each day. The company is now valued at estimated $100 billion which far more than the other social media apps.

Bottom Line
Building an MVP is crucial for any startup, especially in the world of software development. It helps the managing team answer questions like

Business Challenges and Their Solutions for 2021-2022

Why Should Businesses Care About Progressive Web Application (PWA) Development? 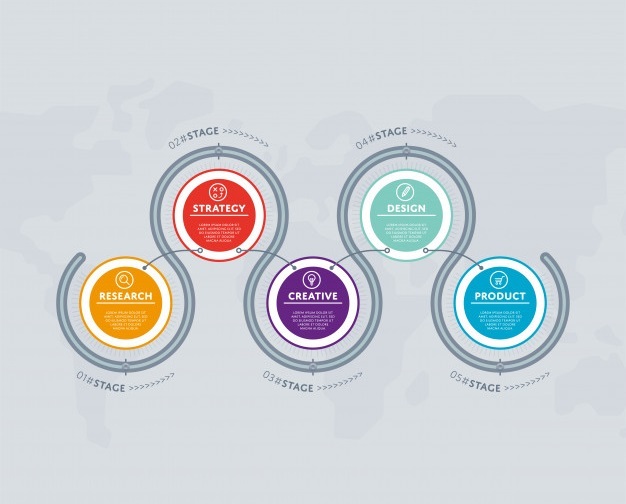 Well how often in everyday life do we come across the launch of a new product such as a software or a website or any product benefitting any cause? For the target audience it is just a product launch, but only the business owners know how many steps an ideal project undergoes to be launched […]

While starting up a new business, most entrepreneurs think that they are creating the next big thing. But little do they know their new startup can easily run out of business if they don’t plan out their business execution smartly. The risk factor is even higher in the Technological industry. In fact, according to Shikhar […]